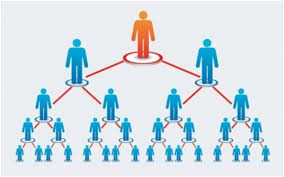 With the recent resurgence of COVID-19 cases, many people and working citizens are stuck at home to protect themselves from the pandemic. Although some people are not greatly affected, working citizens are facing a crisis as they are not able to be paid as much as before. Companies are either forced to close or reduce their number of employees to barely keep their company running. This greatly affects the efficiency and productivity of the company as they are not able to communicate well and not able to perform certain tasks as their office has facilities that their home computers don’t. However, there is a method that some people might be able to consider investing into and that is cloud mlm software.

Cloud mlm software, or MLM, is a marketing strategy that involves a company to recruit distributors to sell their products and pay their distributors based on the amount of sales they have made. This marketing strategy helps companies to sell their products in more areas to provide products that would not be obtainable otherwise. You may recognize some companies like Amway, Herbalife and Tupperware as they are some of the biggest MLM companies in the world. Other than the products they produce, they also produce other types of products to expand their diversity and attract more potential customers. This appeals to even the most uneducated citizens as they are able to contribute to their affiliated company just by selling products and get paid accordingly.

However, recent news has shown that MLM companies are practicing unethical methods to deceive their contributors even if they are recognized as legal MLM companies by the government. Amway is one of the biggest legal MLM companies that are using such unethical practices as they use a loophole in the code of conduct to make their distributors pay a higher registration fee. One of the most common lies they put into their recruits’ ears is the promise of earning a large sum of money in a short amount of time that they could afford a lamborghini and a two-story house. Obviously, this is a lie as not only is there a job that could give you that much money in a short amount of time, but MLM is also considered as the least profitable investment as they pay their distributors not more than RM 800. Although it may seem acceptable for housewives or retired people, it is unfair for full-time businessmen.

As the years go by, the MLM industry is quickly dying as dedicated businessmen and victims who fell for the MLM scummy practices are forming groups in social media platforms such as Facebook, Reddit and Instagram to educate more people about the unethical business practices these MLM companies use to deceive and recruit new distributors. If for some reason that you want to invest into MLM, make sure you do your research before investing into the MLM business to make sure you are safe from fake promises that are offered to you.